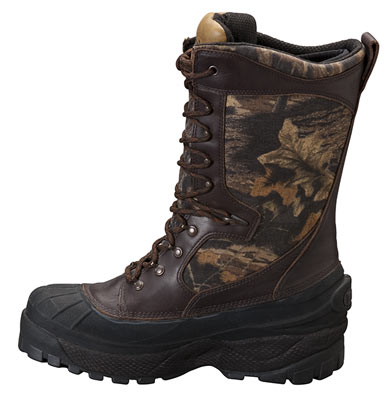 One of our best customers approached us a few years back with a challenge.

They manufacture waterproof breathable hunting boots. The breathability comes from the use of a microporous film lamination.

They had over $200,000 worth of boots that had water leaks. These leaks were returns due to briar thorns in the woods getting stuck in the upper part of the hunting boot and working their way into the laminated footwear package then causing the film to be pierced and subsequently leak.

Emtex partnered with a trusted non-woven suppler to develop a waterproof breathable non-woven product that could be used in front of the film to prevent the thorns form piercing the film.

This product had to thin and lightweight. We developed a product called Thornshield.

This product was a winner for the customer as they were able to prevent further leaks in their footwear and also expand their product line and advertising their excellence in preventing future leaks.

This product was then re-engineered and we made a heavier version for the application to prevent snakebites in the same boots.

We partnered again with the same supplier to develop a heavier version that would stop snake bites.

we then re-engineered the thornshield by strengthening its properties which in turn increased its protective power of the composite. Thus Snakeguard was born.

The same end customer then decided to make a whole new boot line for snake bite protection. We do not guarantee that the snake won’t bite through he boots but the customer does.